Who Are 'The Benefactors'?

I have just been friended by someone in Canada who has been telling me about a group of Earthbound ETs, known as 'the Benefactors'.They seem to be appearing more and more at portal areas and assisting those who are working at them to bring in this knew (actually very ancient but lost) knowledge.
He says that some people who encounter these Benefactors often see them as Pleiadians, they look like perfect human beings. I just found this amazing, as it was less than two weeks since I believe I encountered one of these Beings in Settle (not far from the Horsehoe Trees Portal)  - this one allowing actual cash to manifest into my empty wallet! This is no joke, it really did happen. Then last night, I was awoken by a voice telling me to look out of the window, so I got out of bed and opened the curtains. It was odd, I did not sense anything out there, the skies were totally clear and many starts could be seen. But as I got back into bed, I started thinking about the 'Benefactor' at the cash machine -who held out his hands, stood silent and very still as if not in this time, as i walked past him. When I looked in my wallet which had one ten pound note in it when I set off to the shop, now had another three! The new notes were hot to touch but did not burn up.
The question remains, why are the Benefactors here and are they a new envisioning of what we used to see as Angels?

Tuesday 2nd February 2016: Sad to see that my old mate Larry Warren seems to be on the end of the frantic waving stick from Sacha Christie now. The switch over from good friends to great enemies seems to be a part of her agenda with myself, Larry and several other's who are known of in the world of UFOs and Conspiracies, doing our own thing in order to bring about new knowledge and insights. 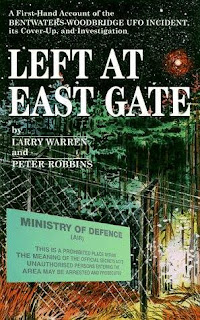 This kind of abuse (and that is what it is, abuse) was never needed in Ufology, but sadly it dates back to the 80's and before that, when UFO groups and individuals sought to be 'top-dog' or 'the expert' in their particular field of interest. Even more sad is the fact that this has never gone away. Larry (and Peter Robins - his co-investigator / author of books on the Rendlesham Forest Incident)have had to put up with much of this abuse over the years. Often those doing the personal attacks on them both, having no great knowledge of the case or just plainly seated in the alternative Halt camp -so they see this as some kind of mini war of the minds. A war of the ego's too I would imagine. My message to Sacha at this time is try to respect this man. Larry Warren is central to UFO disclosure and without brave men like him there would only be derision and slander from those in the know. The likes of Larry have paved a way for us all to be able to bring some sense of serious consideration and debate to the subject, so to attack him in the way it seems Sacha has, this does little more than disrespect one man who put his life on hold for the sake of bringing the truth to many others. For that I wholeheartedly thank Larry Warren.
Posted by Unknown at 09:45 No comments:

Friday 29th Jan 2016:    Looking out of my window on a very 'Storm Gertrude' day! The trees are blowing so hard in the wind and driving rain that Shadow has taken one look and decided to call it a day. It's only 8.30 am!
On the UFO front I see things are stepping up in preparation for this years PROBE INTERNATIONAL UK Conference at Lytham St. Annes, BLACKPOOL. The list of speakers is now available on the conference's website, including myself and I will be talking about the often crazy journey through the Unknown that finally got me to understand better who I am and where I came from. This is not an egotistic approach, but one I hope that will enable others to reflect upon their own lives and bring to the surface their own recognition that the human potential is driven by some very unusual and at times, paranormal events.

Looking at the list of speakers, I see that Sacha Christie is there in the line up. This will be the first time I have had the opportunity to be in the same room with her after the debacle caused online and attacks upon me a couple of years back, prompted by her partner and false allegations substantiated by the lady herself. I was and remain shocked and dismayed at how Helen & I was treat by them both online. Maybe this will give them an opportunity to put the record straight in a more sensible manner. I honestly hope so. We need less of all this back-biting and more open honest debate.

Calling in UFOs and webcam capturing.

Thursday 28th Jan 2016: It's wild and windy out there in Settle today and the clouds are fair shifting across the sky. I tried to set up a camera to record the sky over Settle last night using a program called I-SPY. It's free and works very well for motion detection at longer distances. you can set it up to ignore the sway of trees in the breeze and only pick up any object that might appear in the sky (or wherever you point the camera). 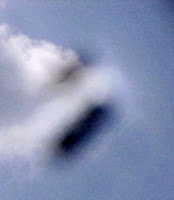 It works by looking at the changes in the frames of pictures, so is ideal if something is about to materialise. It can capture these frames as video or photo's too. Anyway, by the time I had got it all set up, it was too dark outside to see hardly anything, so will have another go with this tonight. Will be also calling in ET's/Interdimensionals while doing this as this should get better results.
Shadow (the UFO hunting cat) is staying in today. He doesn't like the wind too much, so gets snuggled up in his favorite cardboard box! He's not happy with all this wet weather..not one bit!
Posted by Unknown at 16:56 No comments:

Email ThisBlogThis!Share to TwitterShare to FacebookShare to Pinterest
Wednesday 27th Jan 2016: Have watched two new episodes of the X-Files as it makes its long awaited return and I, like many of you, were amazed to see how much 'conspiracy' material was included from 9-11 to Edward Snowden and all the UFO theories in-between. I really enjoyed both episodes and can't wait until next week for the third, but there is something nagging at my mind. Of course most people (the masses who who purely into science fiction) will take most of what has been included with a pich of salt and not take too much notice about any reality behind these conspiracies. I read this in another review concerning episode one:

'In fact, let’s start with Tad O’Malley, that television personality whose theories about a government conspiracy to utilize alien technology to take over the nation and rule its people with an iron first drag Mulder out of complacency. He’s not a bad character by any means (he’s the exact kind of colorful nutjob who would have previously reared his head on this show), but he’s the one and only driving force in the first episode. He brings Mulder and Scully together, he cracks their previous work wide open, he uncovers secrets that our heroes spent a decade searching for… and he does it all offscreen. Most of “My Struggle” is this guy taking our heroes from place to place, showing them crazy things and showcasing how everything we thought we knew was wrong. (http://www.slashfilm.com/the-x-files-revival-review/2/)

BUY THE COMPLETE SERIES OF X-FILES ON DVD

But, that is where the problem might be found. You see Tad O'Malley (based on a younger Alex Jones maybe?) is being portrayed as 'the exact kind of colorful nutjob' here in this review and sadly that is something we can all live without.  Is the X-files now including all of these things so that it can expose that reality to the world at large, or is is trying to relegate truth of the matter to the realms of fiction? We will have to wait and see, but I hope when they state 'The truth is out there', they really mean it this time.